I want to share a story. This is not a story about rape or sexual assault or harassment and it’s not meant to be equated with countless horrifying stories I’ve heard from friends and family of all genders. In the context of my own experiences, I don’t even count this story among my own sexual traumas.

I’m sharing this story because it’s an example of how confusing sex can be. I grew up in conservative Christianity where sex is considered bad and dirty and is quietly reserved for your hetero, male-dominated marriage. I rebelled against that early on in many ways, but was never sure of what a healthy sexual relationship really was. TV shows and movies showed me that women can dominate men, too (um, yay, feminism?) as long as we fit the perfect image that men (apparently) want. Of course, both of these things are examples of a sick, internalized misogyny. As a young woman, I constantly found (and often still find) myself in the middle of wanting to be a strong, independent woman and be wanted by men, in the middle of my own sexual desire and fear of being thought of as a slut, in the middle of wanting to have a non-sexual connection with a man and not be labeled as a prude or frigid, in the middle of my conditioning of straightness and my attraction to both men and women.

Five or six years ago, I had sex with a guy. I was 24 years old and I had had maybe a dozen times by that point. Some were awkward, some were enjoyable, at least one was deeply traumatic and shameful. But, I had it in my head that I was supposed to be more experienced than I was and began trying to be more open and free – though I had no idea how to do that. I often found myself pushing myself to do things I wasn’t ready for, but thought I should want. The way I remember this particular sexual encounter was that it was one of those awkward experiences you’re probably supposed to have in young adulthood. This guy and I were part of the same social circle and had shared a few witty conversations, but we weren’t exactly friends and I’m not sure that either of us was particularly attracted to the other.

I initiated the encounter, thinking we’d make out for a while and then maybe we’d see where it would go. I remember thinking, “Why the hell not? This is what young people are supposed to do, right?” Before too long, we were both naked and fumbling around for a condom. It didn’t last very long – afterward, he apologized for not being on his “A game” but I wasn’t really sure what good sex was supposed to be like anyway. Though, I had a feeling it was probably supposed to be more fun or more exciting or more sweet than whatever had just happened. I felt weird and he did too and after that, I don’t think we really spoke to each other again; we simply acknowledged each other politely but mostly kept distance between us. I wasn’t sure if I was supposed to like him or what. I didn’t know if I had really wanted to have sex with him. For months afterward, I was scared to engage in flirtation with anyone because I didn’t know how where it would lead. I didn’t know I could stop and slow down and ask any potential sexual partner to do the same.

A little over a year ago, when I was two years deep into an amazing partnership with an amazing man who helped me and was with me as I came to know myself better as a sexual being, I received a Facebook message from the dude. He asked if he could send me an apology he had written; he wanted my permission as he thought it could bring up a “challenging memory” for me and wanted to respect my choice if I didn’t want to read it. “Of course!” I replied, though I assured him that I felt no ill feelings toward him and remembered our time as one of those “awkward young adult situations.”

This is what he said…

…The reason that I’m writing to you is because I’ve spent a lot of time over the past couple of years learning more deeply about trauma, radical honesty, non-violent communication, enthusiastic consent, and the effects of privilege (including the patriarchy) and the more I learn about these things, the more awareness I have about the pain that I may have caused others. So my intention is to give you recognition and to apologize.

When I came to visit you [that night]… you invited me in to sit and talk for a while. I was taken off guard when you turned out the light and shut the window and asked, “You want to have some fun, right?” I believe at the time I took that as an open invitation for anything and didn’t have the awareness to realize that you may have not wanted to move very far. Had I been better versed in communication and consent at the time, I would have asked if you wanted to set any boundaries. I would have realized how vulnerable a situation this was in your [place] while you were tired. I would have made sure you felt enthusiastic about moving in any direction before attempting to do anything with you.

I feel a lot of shame and guilt that I didn’t ask and treat you in a way that could have fostered more safety, consideration, and care. There was a point where you stopped and said “I’m freaking out” and I felt confused at the time. I hadn’t had any experiences like that before and I feel ashamed I didn’t recognize the statement that made. I wasn’t sure if you just needed a moment or what exactly might be going on. I wish I would have bothered to ask what you might have been needing in that moment instead of just assuming you needed to stop for a bit.

Understanding what I now know, I think you may have been feeling triggered from something traumatic, you may have chosen to move more quickly than you would have like to and wanted to slow down or stop altogether, you may have been in a state of mind that was tired and things just felt confusing for you, or maybe a mixture of things. I deeply regret not realizing at the time that I should have checked in with you at many points. I wish that I would have chosen to move in a direction that felt more comfortable and ultimately good for the both of us. Asking if you would have liked to put your clothes back on and making it easier for you to have space or whatever you needed at that time would have been much better than guessing and moving forward with something that I don’t think felt right.

There is a big difference from not saying “no” and saying “hell yes” and I feel terrible that I don’t believe there was a “hell yes” for you. I think it’s hard enough for woman to feel safe with the weight and effects of the patriarchy and I’m sorry if I contributed to making it even more challenging for you. I would have liked to have encouraged you to make choices that felt good for you, instead of assuming that you were comfortable with what I was doing. I want to recognize that, that was an uncomfortable and likely painful experience for you. I’m not sure if this will mean anything to you at this point but I want to apologize deeply for not helping you feel more safe, while you were in such a vulnerable position and for moving forward without knowing for sure that was what felt good for you. 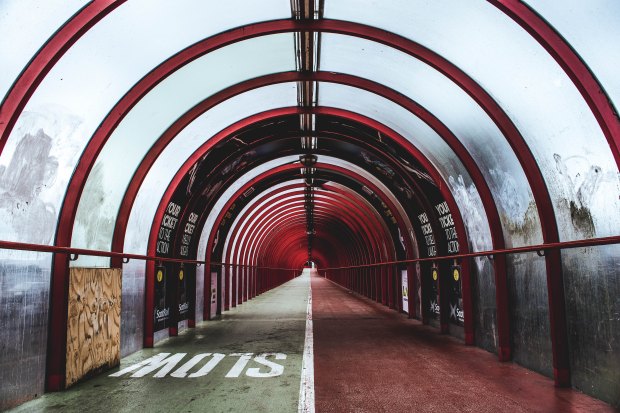 Photo by Ryan Johnston on Unsplash